Doraté’s style reflects her exposure to many cultures.

Born in Europe, she spent her early years in the Philippines and China, before returning to Europe after World War II.

She studied art in Dusseldorf, Germany before becoming a citizen of the United States in 1960. These studies continued in America under such teachers as Barbara Nechis, Joan Heston, Frank Webb, Quida Canaday, Ethel Todd George and Joseph Perrin.

The artist’s style is distinguished by the wide range of media employed. Her style is one of exuberance and use of vivid colors. Recent years have seen the growth of a mystical style in many of her works. Whether the subject is an impressionistic landscape, a mystical image or a dramatic abstract, Doraté’s paintings invariably project a rich feeling of well being.

Noteworthy are oils and watercolors featuring Italian scenes of antiquity and collections of subjects such as fountains and other architectural subjects.

Doraté’s paintings are on display in private homes and commercial establishments throughout the United States and in several European countries.

She has received numerous awards, at Exhibitions presented by the following Art Societies: 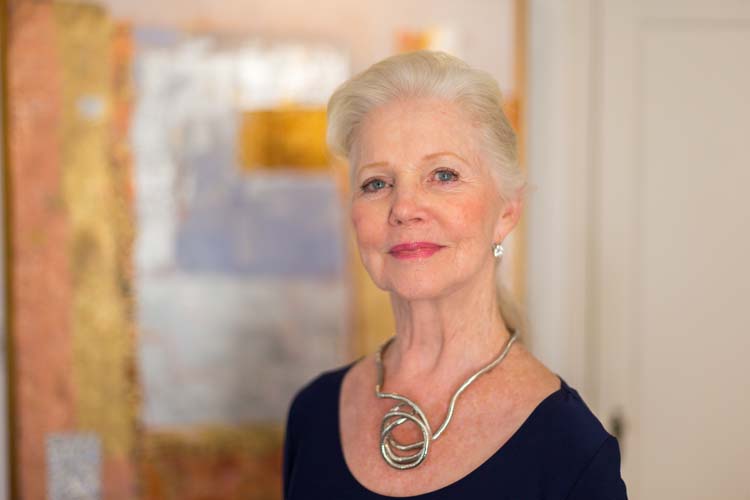 I started painting a little over 40 years ago and I am loving it more and more each year.

My first choice of medium was watercolor, but since then I have moved on to work in almost all media. As a young woman, I studied textile and interior design, both of which influenced my work.

While I paint subjects other than abstracts, my abstracts have attracted the most interest in recent years. Some have a mystical feeling, but not all. I jump around, working on a series of abstracts and then going back to realism. I often work on two or three different kinds of paintings at the same time.

Painting with water media, oil or pouring inks, as I initiate my abstracts, I attempt always to remain loose and free. It is dangerous to become rigid in your work. I strive specifically not for perfection but for integrity and sureness. My goal is to say something meaningful with my work, and to say it well.

Starting with shapes of vivid colors, I add layers of transparent or opaque water media or oil glazing until I feel something emerging. I sometimes turn the paper or canvas to prevent becoming too attached to an image or idea at the outset. Imparting balance, depth and feeling into my paintings is critical. Images appear that I often enhance and orchestrate as the feeling within dictates. Very often I let the painting dictate to me what it wants.

My inspiration arises from a personal belief that there is a Higher self within us all. I strive constantly to grow in touch with the one within myself and to let her express herself through my brush.

My goal is to have people who enjoy and acquire my work to see and sense their own vision and feelings, and to develop a connection with it as deep as my own.